A Brief History of Accounting: Where Did It Start?

Today’s accountants are masters of a varied art, with knowledge spanning finance, legislation, and more. But how did it all begin? 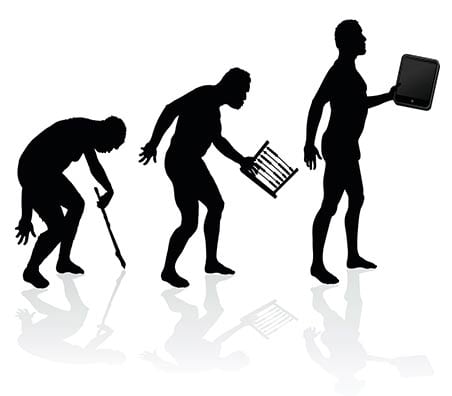 The concept of currency

Somewhere between 10,000 and 15,000 years ago, human communities learnt to cooperate with one another in a way that gave them access to a wider range of resources.

Trade was no longer limited to those who had goods that were valuable to each other, allowing people to benefit from the fruits of many other types of labour.  For this to work, they needed something to symbolise the exchange of resources; something offering a common measure of value. Early money came in a variety of formats, from feathers and vodka, to cow dung and grains. Coins didn’t emerge until between 500 and 700 BC.

Both currency and accounting began through ‘concrete counting’, which means counting being object-specific. So five boats would be represented by a different word or object than five apples.

It was only when objects, words and symbols began to be used to represent abstract numbers, such as in Mesopotamia around 3,000 BC, that more complex forms of accounting could be developed.

This also allowed the birth of arithmetic. With concrete counting, representations didn’t extend past a certain number of units, and different amounts could not be added together. Abstract counting introduced the kinds of mathematical flexibility needed for systems like double-entry bookkeeping.

The origins of accounting

Accounting arguably began before the use of abstract counting. Around 7,500 BC, the Mesopotamians were using small clay objects as counters for keeping account of goods. Each object represented particular quantities of different types of commodities, such as food, clothing, and even labour.

They became increasingly complex over centuries, bearing intricate markings, and eventually, imprints of these markings onto parchment replaced the counters themselves. According to many scholars, accounting and writing evolved side by side in this way.

The need to keep a record of both goods and currency was accelerated by a number of factors. One was the ability to accumulate personal wealth. Affluent members of society wanted to record what they had, what they owed, and what was owed to them. More than 5,000 years ago, Egyptian bookkeepers were keeping detailed records of the royal inventory, using bone labels attached to goods like oil and linen to keep track of things such as owners, suppliers, and amounts.

Another factor was the rise of ruling entities such as royal families and governments. A particular concern for these sections of society was finding more consistent ways to record and demand tax.

The growth of global trade meant commerce was happening on a much larger scale. Trading with vastly different societies for diverse resources meant that traders could easily lose track of their activity without detailed records.

Early forms of double entry bookkeeping arose in various locations at different times, such as the ‘four-element bookkeeping system’ in Korea in the 11th century.

However, the double entry bookkeeping system we’re familiar with today was first properly described by Luca Pacioli in 1494. Referred to as ‘the father of bookkeeping and accounting’, he defined much modern day thinking about debits, credits, journals, and ledgers.

He set out a comprehensive accounting cycle, which described a clear process for those involved with accounts to follow. Among other things, he introduced ledgers based on assets receivables and inventories, liabilities, capital, expenditure, and income accounts.

For double entry to flourish, a number of factors needed to be established and combined. This included private property, capital, large-scale commerce, credit, systematised writing, money, and arithmetic. In 15th century Europe, these things we coming together in just the right ways to set the scene for huge advances in accounting.

With industrialisation came a need for more advanced accounting methods. The large corporations of the industrial revolution required cost accounting systems that addressed external sources of finance like shareowners, and needed to be able to calculate and predict profits accurately, basing their operations on real financial data.

All of this called for dedicated accounting professionals who had highly specialised knowledge, and could be trusted with great financial responsibility. Accountants also needed to be more aware of legislative changes than ever before.

The concept of the chartered accountant came about in mid-19th century Scotland, after a group of accountants petitioned Queen Victoria for a Royal Charter. It was time for formal recognition of the respectability of the profession, and of the varied expertise of those working within it.

Would you like to become part of accounting’s lively history? Find out how to enter the profession through a professional accounting qualification.

Want to become a qualified accountant?