Within any close knit team, it is inevitable that not everyone will share the same opinions, or have personalities that are easily compatible. This is often highlighted within the workplace, where conflicts can arise between members of a department or team.

As a leader, the way you deal with these conflicts can make or break your team, strengthening ties or severing them completely. In situations where there is no clear right or wrong within the context of company rules, help members of your team to overcome conflict by following these three steps. 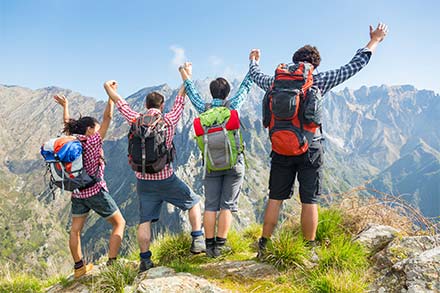 How to create a positive team atmosphere

Here are some of the key factors and actions that typically lead to the establishment of a positive team atmosphere.

The way leaders interact with team members and the messages they send out via their behaviour, language and attitudes is perhaps the biggest single influence on team atmosphere.

If you want a positive atmosphere, use positive language, reinforce positive behaviours with praise, encourage the team to share ideas, and create time and space for team members to interact and build rapport.

2. The feel of the team environment

Just as you would in your own home, consider the way the environment feels. It needs to be friendly, sociable and conducive to positive interactions between team members and with the leader. If the layout of the space is purely functional and designed only to facilitate process and productivity, then you may still deliver the required results. However, you probably won’t create a strong bond within the team, nor achieve much beyond the basic requirements.

3. Opportunities for the team to work together

Often, membership of a team is reflected only in an organisation chart, leaving the team members themselves to work largely independently. Fewer and fewer job roles today seem to require team members to actively work together to get the job done. Further, technology, despite its usefulness, often serves to isolate and separate team members from each other and from the team space.

If you want a truly bonded and positive team, create reasons for them to work together and to learn to value each other’s capabilities and contributions. Coming up with new ideas and generating solutions to problems are both great ways of uniting a team in a common purpose.

Nothing destroys team morale faster than a toxic team member, one who can find a downside to anything, and one who snipes at or undermines the team, leader or organisation. Someone who is a well-poisoner can make your positive players feel foolish and portray them as teacher’s pets.

Soon their discretionary effort will diminish, and they may even leave. Even if the negative member is your best player, it isn’t worth tolerating their negativity, and it can bring the best team to its knees. Bite the bullet and sort it out. As with poor performers in other areas, if you can’t turn them around, they have to go.

5. All for one and one for all

For a truly positive and engaged team, everyone needs to understand that the team comes first. No-one’s ego or achievement is more important than the team, and that includes you as the leader. A high-performing team strives together, wins together and, occasionally, even loses together. No blame, no witch-hunts, no scapegoats; you’re all in this together and must support each other every hour of every day.

If the team has a bad day or a bad result, it’s your job to pick them up and keep them positive, to remind them of all their successes and achievements, and to keep them together.

Creating a positive team is not about being nice, fluffy or soft. There is no point creating a positive team atmosphere and then under-performing. The best teams have leaders who set the bar extremely high, but then ensure every player is supported, resourced and mentored to enable them to meet those high expectations.

The more the team achieves, the more positive reinforcement there can be to motivate them to achieve even more. It’s up to you as the leader to ensure the team has everything it needs to hit the heights. As the Sandhurst cap badge says, ‘serve to lead’ – that’s your job.

These six fundamentals are not complicated, though they can be hard to sustain. Together they represent the bedrock of a positive team atmosphere.

Start by assessing your team against these six factors and then work out what you need to do and where you need to develop. This task is never complete, so start now and keep winding the handle. For ever.

Want to take your leadership abilities to the next level?